Inigo is the most downloaded follower/companion in both Skyrim legendary edition and Skyrim special edition. He has over 7000 unique lines depending on the situation. Plus, his voicing is at professional level. Check out the other Skyrim Special Edition custom voiced followers. The immersion and lore friendliness revolving around Inigo makes him the best companion. So, there are some big questions, can you marry Inigo in Skyrim? Is Inigo marriable? How to marry Inigo?

So, can player character marry Inigo? The answer is unfortunately no. Surprisingly, player character cannot marry Inigo. There is one huge reason for that. During Inigo’s creation, creator has decided to make him a friend, companion, and a brother. He is indeed a good friend in-game as it’s intended. That is why his voicing and lines would not go well with marriage. Inigo’s all 7000 lines of dialogue’s are friendly like. So, you can’t marry him, amulet of Mara or not. But of course, you can make him marry you via console commands or different mods. However, that would hugely break immersion and highly not recommended, do it at your own risk. Because in role playing games immersion is everything and you should not break that by marrying our Khajiit friend Inigo.

Which Followers Does Inigo Interact With? 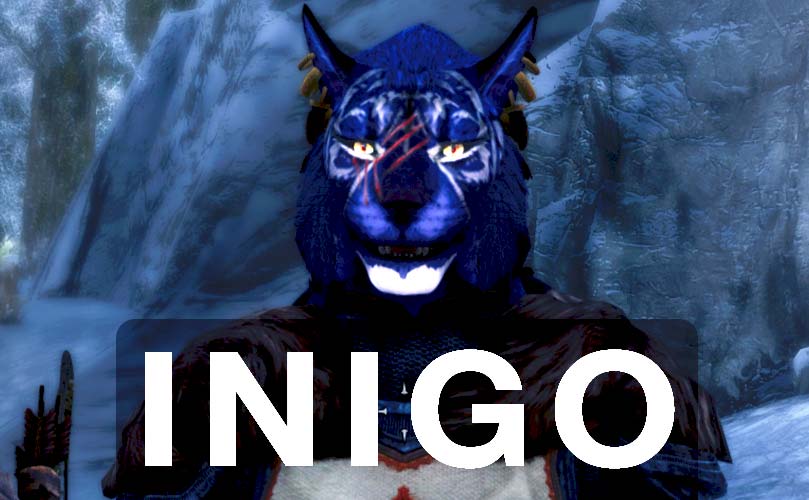 Inigo interacts with almost everything in the game thanks for his 7000 dialogue lines. However, there are exception this. Such as creation club downloadable contents and other mods. So, it is easy to assume that Inigo does interact with all native followers in base Skyrim. These interactions are mostly one sided though. Because in game followers does not have all the voice lines to interact and comment about Inigo.

Other than that, there are other follower mods that can interact with Inigo. Such as Song of the green Auri follower, Lucien highly immersive male follower, and Kaidan follower.