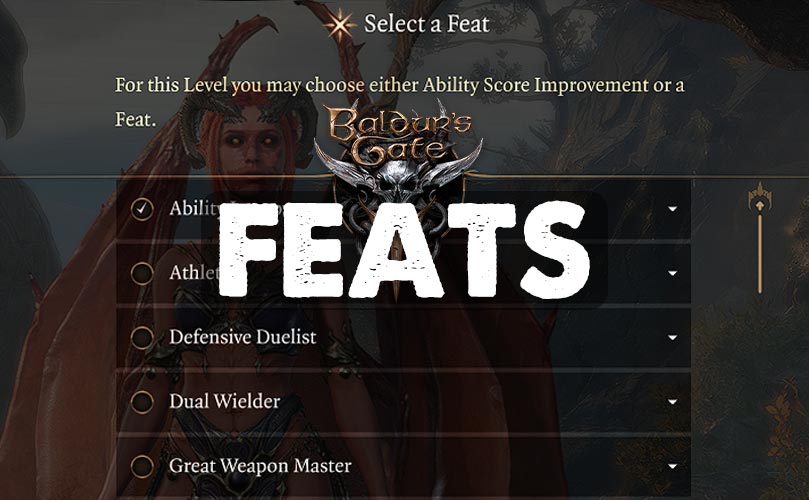 In Baldur’s Gate 3, characters can choose a feat to unlock certain specialties. But player can also choose ability improvement by 2 points over a new feat. Baldur’s Gate 3 feats can be unlocked only at level 4 in the early access. Perhaps with the full release, we may choose second or third feats at higher levels.

Right now firstly I will be listing existing feats and their descriptions for you. Secondly I will share the best feat mods available. Believe me, these mods will really make your game more enjoyable. 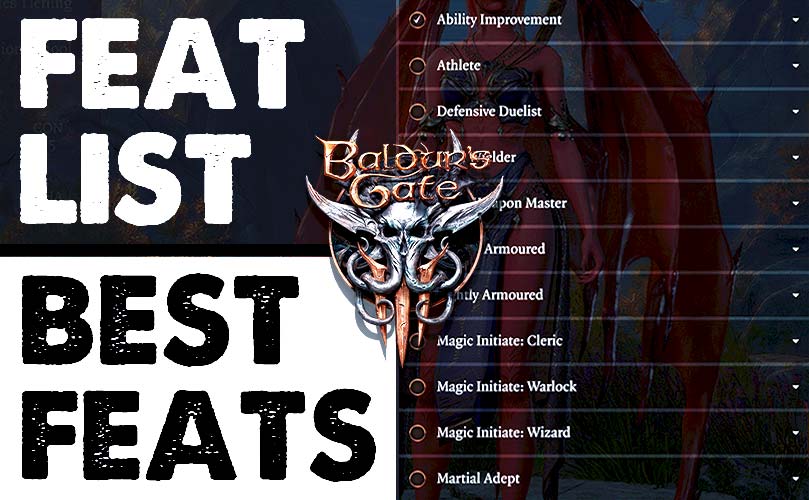 There are total 15 feats to choose among, in Baldur’s Gate 3. So, now let us find out best feats and their descriptions, here is the Baldur’s Gate 3 feats list.

Increase one ability score by 2, or two ability scores by 1. You can’t increase an ability score above 20 using this feature. You can choose among abilities such as strength, dexterity, constitution, intelligence, wisdom, and charisma. Choose this if you don’t find other feats useful.

Increase strength or dexterity by 1, to a maximum of 20. When you are prone, standing up uses less movement.

When you are attacked with a melee attack, you use your reaction to increase your armour class, potentially causing the attack to miss. For tank characters this would be the best choice.

Gain a +1 bonus to armour class while wielding a melee weapon in each hand. You can use two-weapon fighting even if your weapons aren’t light. Good for dual wielder DPS characters.

When a melee attack scores a critical hit or kills a creature, you can make another melee attack as a bonus action. When attacking with heavy weapons you are proficient with, attack rolls take a -5 penalty, but their damage increases by 10.

Gain proficiency with heavy armour and increase your strength score by 1, to a maximum of 20. Another awesome trait for tanks.

Gain proficiency with light armour and increase your strength or dexterity by 1, to a maximum of 20.

Gain a spell slot of level 1 that is restored on a long rest. Learn two cantrips one 1st-level spell from the cleric, warlock, or wizard spell list. Your spellcasting modifier for these spells can be wisdom, charisma, or intelligence depending of your spell choice.

Learn two maneuvers from the battle master archetype and receive 1 additional superiority die to fuel them. You regain expanded superiority dice after a short or long rest.

Your speed increases. When you use the dash action, difficult terrain doesn’t slow your down. Moreover, if you move after making a melee attack, you don’t provoke an opportunity attack from your target. Best for assassins and dagger users.

You have proficiency with medium armor and shields, and your strength or dexterity score increases by 1, to a maximum of 20.

You gain proficiency in any combination of three skills of your choice.

Hit point maximum increased by 2 for each level.

Increase your strength or dexterity by 1, to a maximum of 20, and gain proficiency with four weapons of your choice.