Everything you need to know about our little fella mudcrab merchant. 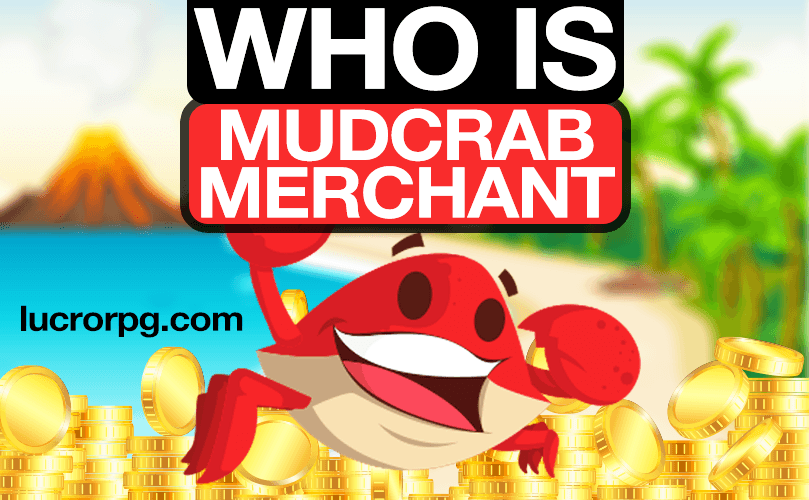 Who the hell is mudcrab merchant anyway? Well first of all we know it’s a mudcrab. A mudcrab that buys and sells all kinds of items. Does this friendly creature have history? A name? We first met in Elder Scrolls Morrowind, after that with mods or not we saw it in Oblivion, ESO, Skyrim, legends and finally now in Baldur’s Gate 3.

Who wouldn’t want to see this fella in a role-playing game? I mean look at this guy, he is super cute! Besides, he is also a trader. 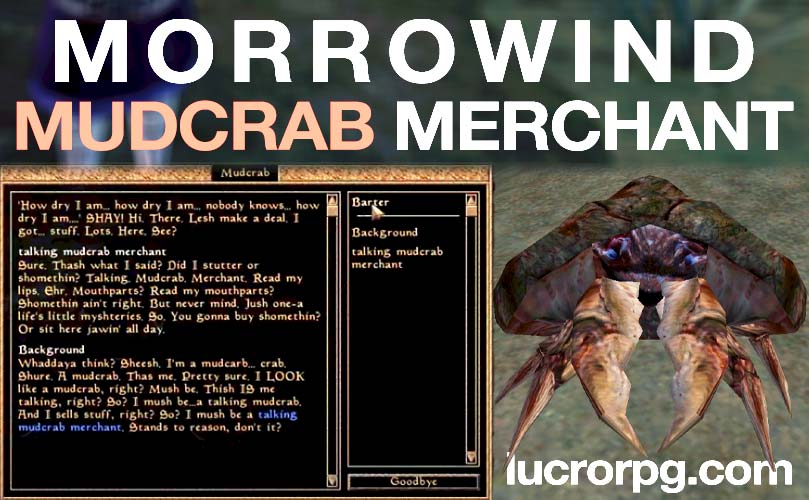 10.000 gold can you believe it? How can one mudcrab have such a wealth? In fact, mud crab merchants’ history is unknown. However, we know it’s highly intelligent. And can talk which is unbelievable. What’s more it has an alcohol problem. Mud crab merchant sells a lot of beverages and talks like a drunk person. Here are some quotes from it:

Did this little guy achieve CHIM?

How to find mudcrab merchant? It takes a lot of time and effort to get to its location. In the early levels it can actually become quite difficult to get there. However, in Morrowind, you can spawn this vendor to your location. Open your console. And simply type placeatpc mudcrab_unique1,1,1, this will spawn mudcrab merchant to your location. If it’s dead worry not, click its corpse and type resurrect on your console. In case you are wondering, Morrowind merchant id: mudcrab_unique. 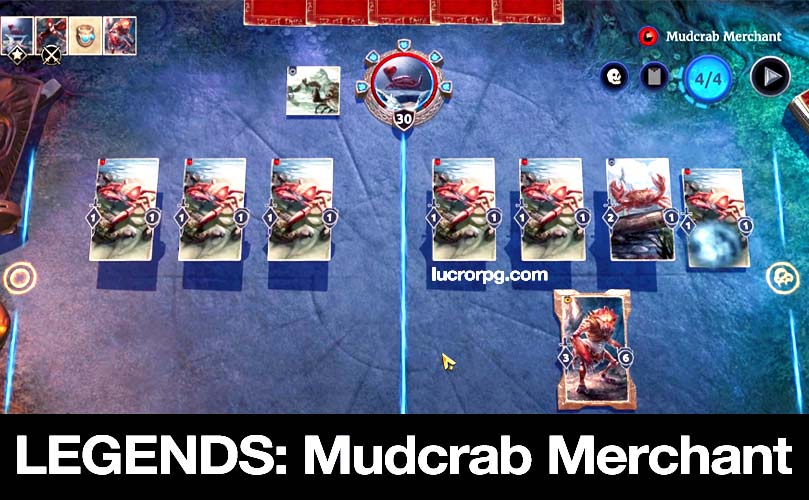 Mudcrab merchant in legends is a creature card which introduced to the game with houses of morrowind expansion. It is a card. But also, an enemy in the flooded camp campaign. You get to fight mud crab merchant in New Seoth Palace, I must say master difficulty is quite challenging. Because of the catch of the day support, instead of drawing a card at the start of your turn, the crab offers you a choice of wares. Best way to beat it stalling enough to generate tempo. Let’s talk about The Elder Scrolls: Legends – mudcrab merchant card. 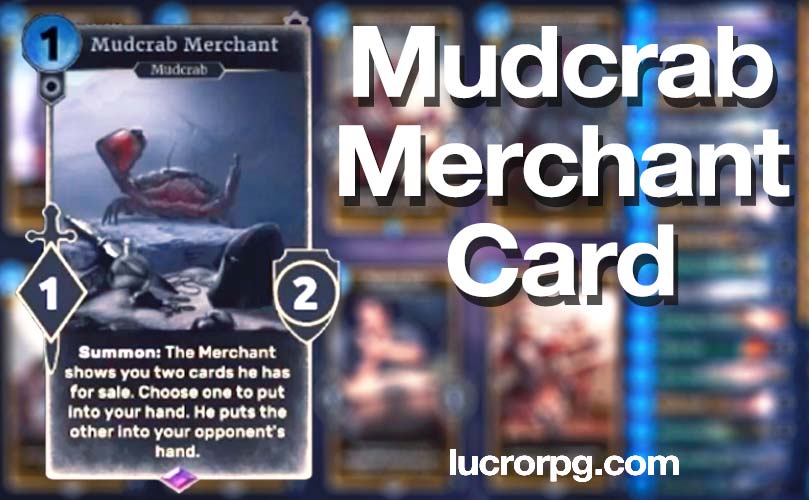 Summon: The Merchant shows you two cards he has for sale. Choose one to put into your hand. He puts the other into your opponent’s hand. It is an epic card and belongs to the House of Morrowind set. That’s about it. If you are looking for a fun deck rather than a win-oriented deck, I say go for it. 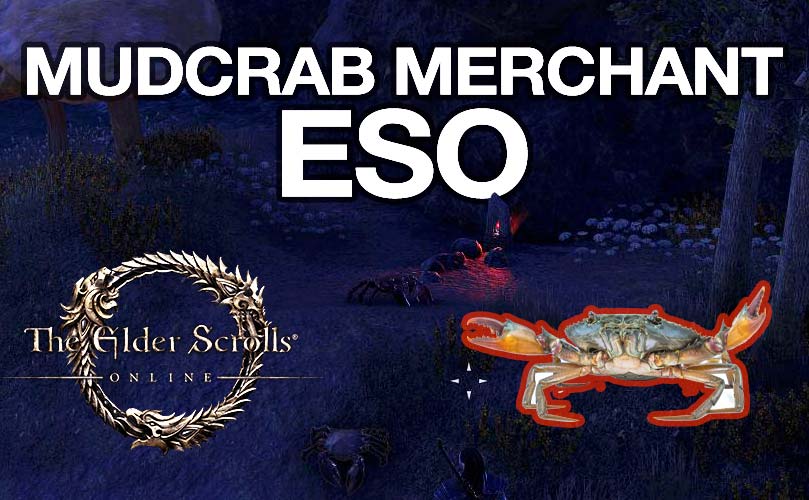 Elder Scroll Online is an amazing MMORPG. I have played quite a lot and I was a guild leader with 500 members. That was the limit back then. Had to let it go because ESO was consuming ridiculous amount of time. Therefore, make sure you have enough time and passion for this giant MMORPG game before starting this journey. Uh, oh, what was i saying? Yes, mudcrab merchant exist in ESO.

Baldur’s Gate 3 is one of the best isometric RPG of all times. And this awesome mod basically adds a mudcrab merchant to your camp in Baldur’s Gate 3. As expected, this little guy carries 10.000 gold in his pockets. You are unable to steal anything from it so don’t even try.

Yes, we can also add our little orange fella to the Elder Scrolls Oblivion. As I have said in the title, we must install a mod. Mod is called mudcrab and creeper return. This mod not only adds our little friend, but also adds another strange trader from Morrowind: creeper. Mudcrab has 10.000 gold and creeper 5.000. Just as it was like in the Morrowind.

We can call this one a lore friendly mod. I remember I was killed by a mere mudcrab in my earliest Oblivion playthroughs. Without doubt, they were good days.

At last, my favorite game, The Elder Scrolls Skyrim. Skyrim happens to be one of the most played RPG games of all times. And the modding significantly raised during this time. Mod community grew too much beyond comprehension. Thanks to that you can find all kinds of mods for Skyrim and now other games too. Including mudcrab mods.

There are multiple mudcrab trader mods for both Skyrim and Skyrim Special Edition. All you have to do is visit nexus or steam workshop and install. If you are into Skyrim go out and grab em. The DLC sized mod Wyrmstooth is also brings mud crab merchant to Tamriel. Thanks for reading that was all. I am hoping to see you again soon.