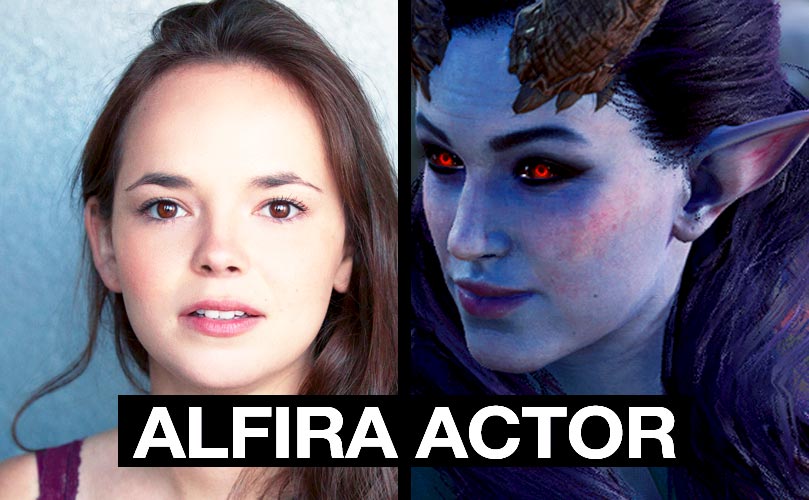 Alfira, the tiefling bard with sad story. Everyone loves her voice, lines, looks and cuteness. After interacting with her and watching her sing the weeping dawn, first thing come to my mind is who is Alfira voice actor? Believe me Larian Studios knows how to cast a voice actor or actress. Alfira in Baldur’s Gate 3 is voiced by Rebecca Hanssen. She will be the Alfira’s voice actor. Great job Larian and of course Rebecca. You might also want to know Shadowheart voice actor. Another sweetheart just like Alfira.

Here are some of the Alfira’s quotes:

Dance upon the stars tonight. Smile and pain will fade away. Words of mine will change – no. Become – ugh. It sounded like a cat being strangled. Godsdammit.

I know. I should be packing up, but I need to finish this song. It’s… it’s important.

When you finally perfect a song… there’s nothing like it. But when you’re stuck, and it’s just getting worse – ugh.

It’s still rough, but my song is getting there!

Oh, all Alfira quotes are about her song, the weeping dawn. Well, she is a bard after all.

Rebecca Hanssen is a Scottish actor born in Norway. When she was 4, her family moved to London. London was the place where her acting career has begun. Her last work is Alfira voice in Baldur’s Gate 3. For her other voices, and works, check out the list below.

I am so sorry for the video above. Someone had to be do this evil playthrough. Anyway, here is the rest of Baldur’s Gate 3 voice actors:

Okay, that’s it for now. Thanks for reading. I hope she will be the next bard companion. Do you wish to see her as a companion too? Also don’t forget to tell me what do you think about Alfira and her voice actress. That’s it for now. See you soon, take care.