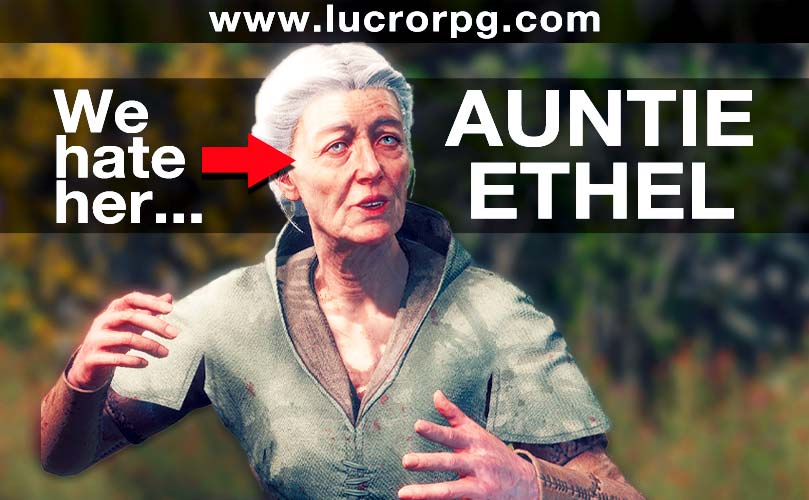 Auntie Ethel in Baldur’s Gate 3 is not really an auntie. Instead, she is a cold-hearted witch, and a hag that torments the good souls of Faerun.

She tricked Myrina, killed her brother, and tormented thousands of souls. Things involving a hag, never ends well in the DND stuff. She poisons, deceives, and kills. So, you want know more about Aunt Ethel the hag?

Where is Auntie Ethel 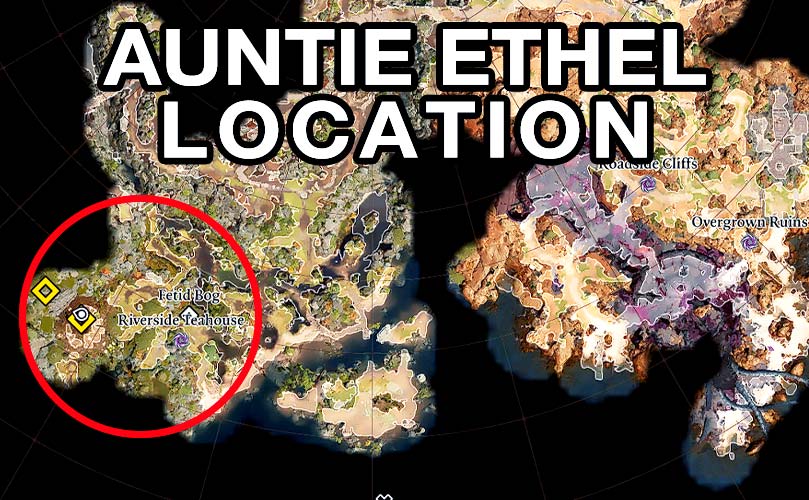 We first met her at the tiefling refuge called the hollow right next to the druid groove. Again we met her in the forest, at south of the blighted village. But she reveals her true hag nature at putrid bog, riverside teahouse.

That place is where she lives and does her evil things. Once we found her in the teahouse, we can either fight with her hag form, or we can make an evil deal which I won’t recommend. Because hag may grant your one wish, but in return she will take everything you have.

How to beat Auntie Ethel the Hag

She is one of the strongest BG3 villains. Make your preparations beforehand. Baldur’s Gate 3 auntie Ethel fight can be very tricky. Spam halt, freeze, stun, and stuff like that in order to stop her from escaping into her den. If she becomes invisible, throw void bulb where she is standing. That would break her invisibility, and pull her to the center of void bulb. Then you must simply spam damage spells, and halt in order to kill her before she escapes.

If she escapes, you can kill her later inside the den. However, I would recommend killing her right away. You can reload if she manages to escape, there is no shame in that. Once you kill her, you can access to Underdark inside her den by using Baldur’s Gate 3 jump action.

Aunt Ethel Speak With the Dead 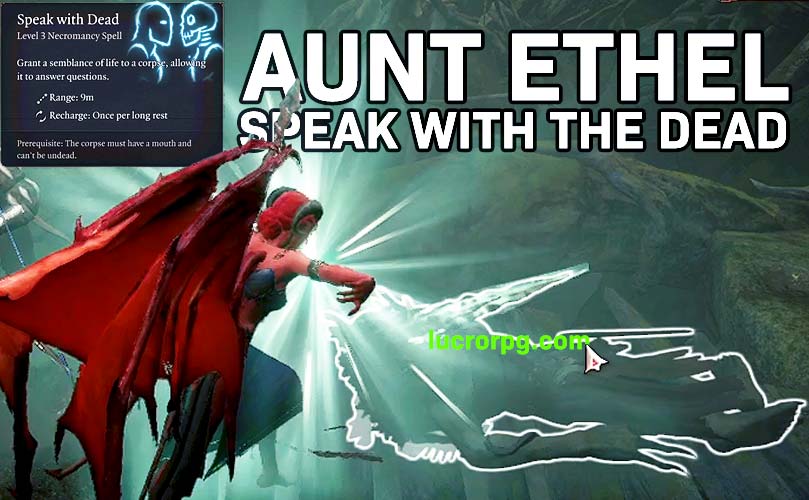 You can access to a very special dialogue with auntie Ethel the hag if you speak with her corpse. But first you must defeat her. You know just kill her and after that try casting speak with dead on her corpse. Her first words will be:

You will bleed, you will choke on your own gut for this.

The more interesting thing is she does not talk like a regular death person. When you speak with other dead people on Baldur’s Gate 3, they barely manage to speak, and they speak like zombies. However, auntie Ethel the hag speaks like as it she was still alive. And when you tell her mockingly, quite a lively for a corpse eh? She responds in a very interesting manner:

I’am a hag, you little snot. I’ve been ready for death, planning for death, longer than you’ve been born.