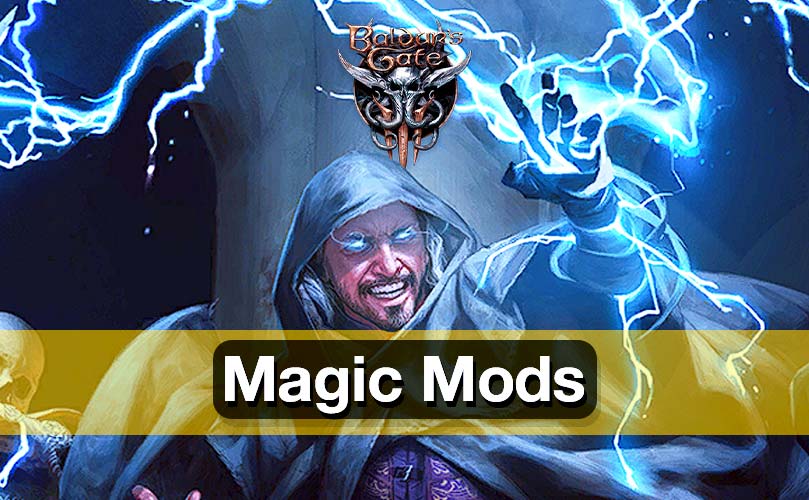 Hello and welcome to our best Baldur’s Gate 3 magic mods list. Magic is very important and fun aspect of the Baldur’s Gate 3. Surely there are many good spells exist in the base game. However, with these mods you can have much much more magic stuff in your game. Luckily Baldur’s Gate 3 has tons of magic, arcane, wizard, mage, and spell mods.

You want to go for second, or third playthroughs but afraid of getting bored? These magic mods will prevent the game from getting repetitive. Magic mods are the best. Hey, you can also try Baldur’s Gate 3 class mods, exotic race mods, and fun quirky mods lists. Okay, lets get back to our main subject. Baldur’s Gate 3 best magic mods:

11. Pact of the Blade and Tome

This mod adds pact of the blade and pact of the tome to your game. These are pacts and exclusive to warlock class. Also, in order to choose one of them, you must be level 3. Basically these pacts will give your warlock character new cantrips, spells, and more interesting game play experience. 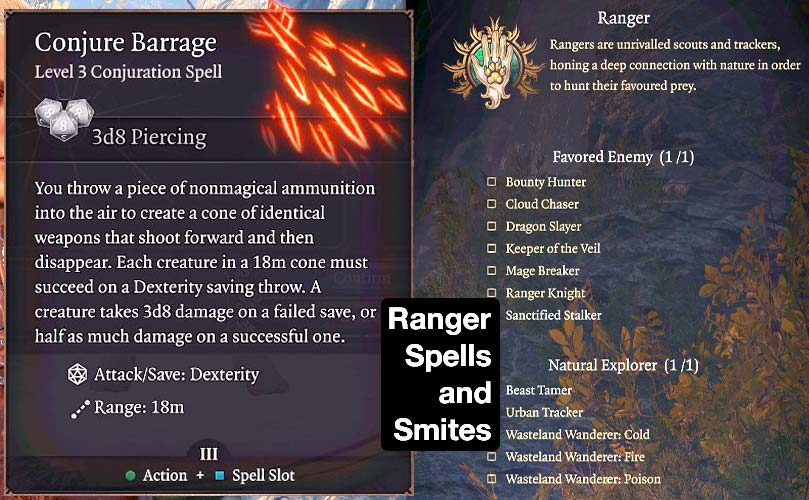 Mods name is ranger spells and smites but I would call it ranger class overhaul mod.

This mod adds lots of new spells to the ranger spell list, adds new favored enemy features, and adds smites. Also you can use recast versions for some of the spells if you miss your attack.

For ranger spells and smites download link, check out the mods official page. 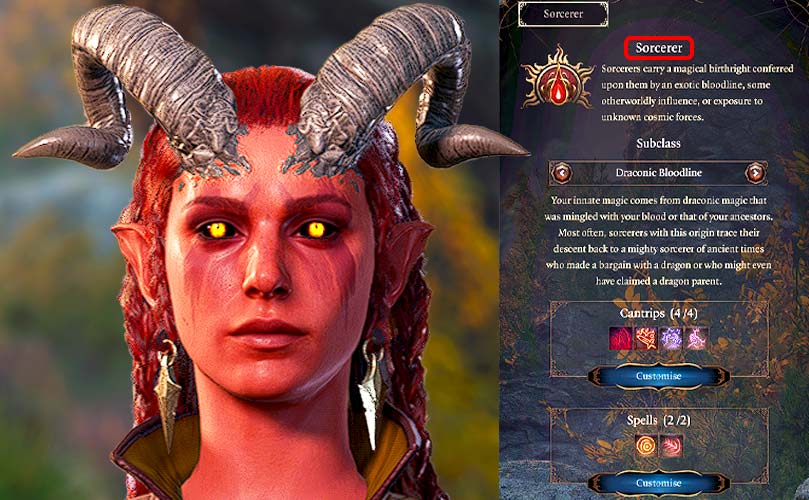 This mod adds sorcerer class and it’s subclasses to your game.

Sorcerers carry a magical birthright conferred upon them by an exotic bloodline, some otherwordly influence, or exposure to unknown cosmic forces.

Blast your enemies to dust with 4 eldritch blast projectiles. Must be remembered, this mod is lot of fun but also a cheat. Use at your own discretion.

Link for the multi ray eldritch blast mod. Make sure to endorse the mods after installing them, mod authors deserves that. 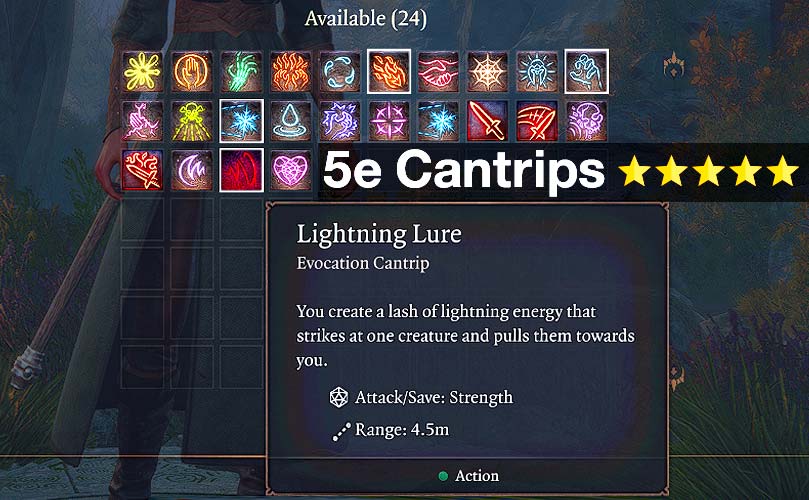 Baldur’s Gate 3 is still in the early access. There are many cantrips and spells exist in the game code. However most of them not implemented to the game yet so far.

In brief this mod finds these codes, polishes them a bit, and implements to our game. So, what are you waiting for? 5e cantrips can be found on nexus modpage. 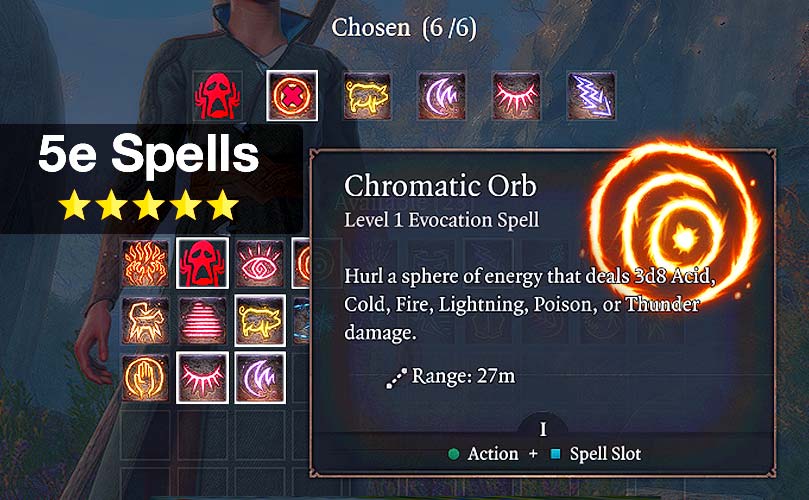 5e spells mod is %100 compatible with 5e cantrips. You want dozens of unimplemented Baldur’s Gate 3 spells to be available to you? Then this mod is exactly what you are looking for.

Besides, you will get a glimpse of the full release spells. Hurry up, check out the mod page.

In Divinity 2, we had 4 teleporter pyramids for our 4 characters. Any character with a pyramid can use it to teleport other pyramids, which are almost all the time held by other party members. 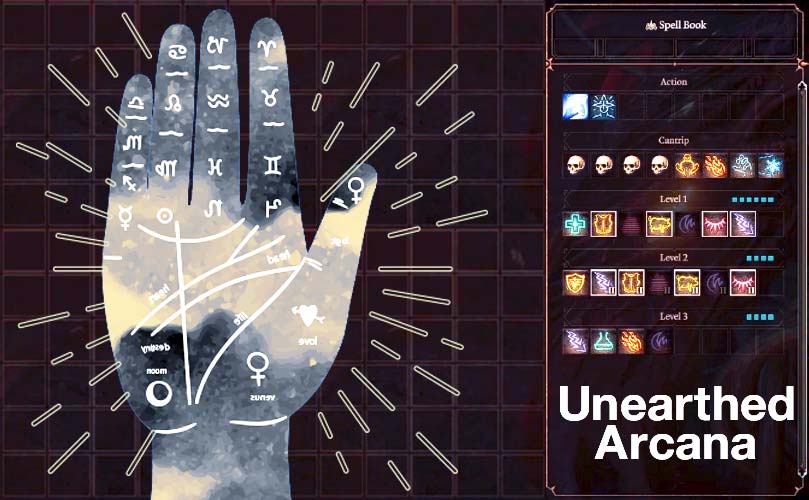 With unearthed arcana, you can learn spells from scrolls with all classes. There will be no restrictions. You still have to pay gold to learn those spells though. Anyway, unearthed arcana is highly recommended for fun playthroughs. You can access to mod page here.

After saving the mighty druid Halsin, he rewards the player with robe of summer. Unfortunately robe of summer is pretty much useless and it should have been better than that. So, this mod solves this issue once and for all.

Improved robes of summer is a mod that improves robe of summer as it was stated in the mod name. Specifically this mod unlocks 5 spells, unlocks spell slots, and grants 14 armour class.

2. Gale’s Book of Spells and Trinkets

Gale’s book of spells and trinkets introduces 18 new awesome spells to your game. You can access them by using Gale’s robe or Gale’s legendary gold ring. After all this mod is lore friendly and each of the spells coming with this mod can only be used once per short rest.

One of the biggest and best magic mod for Baldur’s Gate 3, is arcane rings. There are plenty of rings in Baldur’s Gate 3. But, most of the rings are useless, because they have no enchantments. This mod changes that. And adds all kinds of new spells to the game by enchanting rings.

Arcane rings also supports mudcrab merchant mod. That means you can buy and sell arcane rings from mud crab merchant in your camp, which is awesome if you ask me. So far this mod adds 18 new spells to the game and may be updated with more spells in the future.