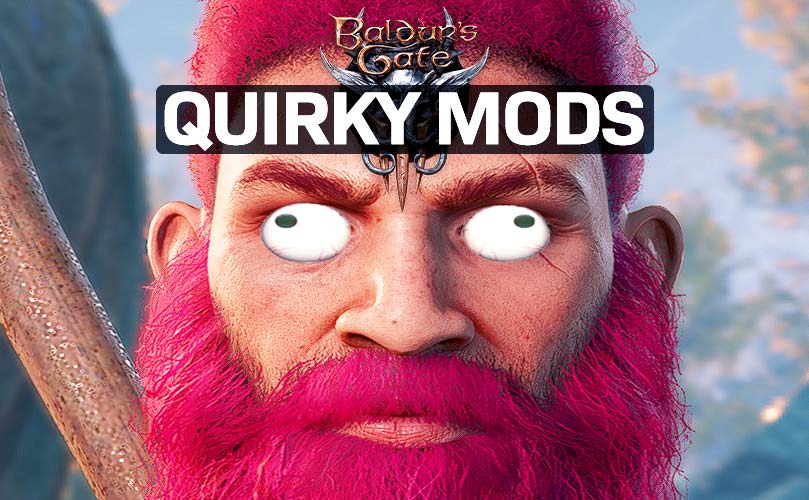 Welcome to the list of Baldur’s Gate 3 funny mods. The game is still in the early access, yet there are already many mods available on the nexus. Today I’m gonna share with you my funny, weird, and quirky Baldur’s Gate 3 mod list. After listing the best Baldur’s Gate 3 race mods, best class mods, and cosmetic mods, now it is time to make a list for the quirky ones. This Baldur’s Gate 3 quirky and weird mods list starts with playable skeletons mod.

Lots of Baldur’s Gate 3 funny stuff can be encountered during your gameplay. It can be a bug, glitch, or a intended dialogue. But of course, my favorite ones are mods. Mod creators are smart people and they make the funnies shit. So, if you want to turn grim dark world of Baldur’s Gate 3 to something more funny, you are in the right place.

Playable skeletons mod allows you to pick sentient skeleton race in the character creation screen. Who doesn’t want to role play as a spooky scary skeleton? We already played as an undead character in another Larian masterpiece Divinity Original Sin 2. Why not try it on BG3 too? Certainly its too spooky for some people but im sure most of us can manage. 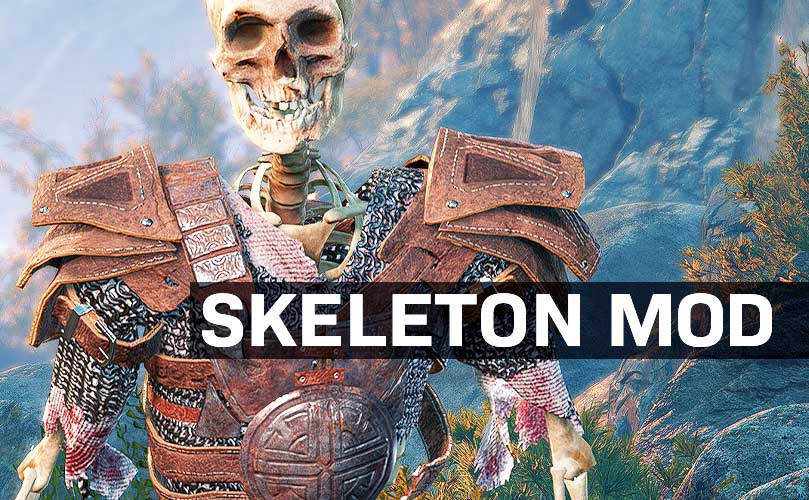 Once simply a pile of bones in an old tomb, you have not only been raised, you have also gone through an awakening spell, bringing sentience back to what’s left of your body.

Skeleton race has two sub races in the game. Firstly you can play as sturdy skeleton +1 constitution and +1 charisma points. Secondly there is dexterous skeleton with +2 dexterity points. Both sub races have poison immunity and skeleton key action.

With skeleton action you can poke your finger into the lock, and open any lock with it. Once in a day of course. But beware, you will take tons of bludgeoning damage. Because you know, you are formed by mere bones. No muscle, no flesh, no nothing.

In Baldur’s Gate 3, mud crab merchant lives in our camp and has lots of golds. To buy your goods of course. But mostly this mod acts as a base mod for other mods. Such as legendary items, arcane rings, and devil wings mods. You can buy these modded items from mudcrab merchant without breaking your immersion. Equally important, player characters can sell all kinds of items to our crab friend for lots of golds.

A redditor called _Metabot has shared an amazing homebrew dnd background in 2018. That custom background was called was a goat for 10 years. Simply, background story starts with a man having a disagreement with a powerful wizard. As a result, the wizard turns our dude into a goat by casting true polymorph on him.

Then our character lives as a goat for 10 years and embraces its goatish nature. After 10 years he simply turns back into a man, a hairy man with two horns often mistaken for a tiefling. His new skills in human form are animal handling, better vision and athletics. However, he can’t remember his past before he turns into a goat and barely able to speak.

Final mod on Baldur’s Gate 3 funny mods list, offers quite an interesting gameplay experience. Check out was a goat for ten years official page here. It is suggested that you play as a fighter with this playthrough. After all you was a goat for 10 years Christ sake and your new proficiencies are athletics, animal handling, survival, and intimidation. Ram, charge and headbutt your opponents.

Thank you for reading Baldur’s Gate 3 funny mods article. Once a new funny BG3 mod released, I will most definitely update this article. Do check our Baldur’s Gate 3 mod installation guide if you need any help with installing these mods. Also your comments and critique is really appreciated. It’s time to say goodbye I guess. Take care now, I hope to see you soon.