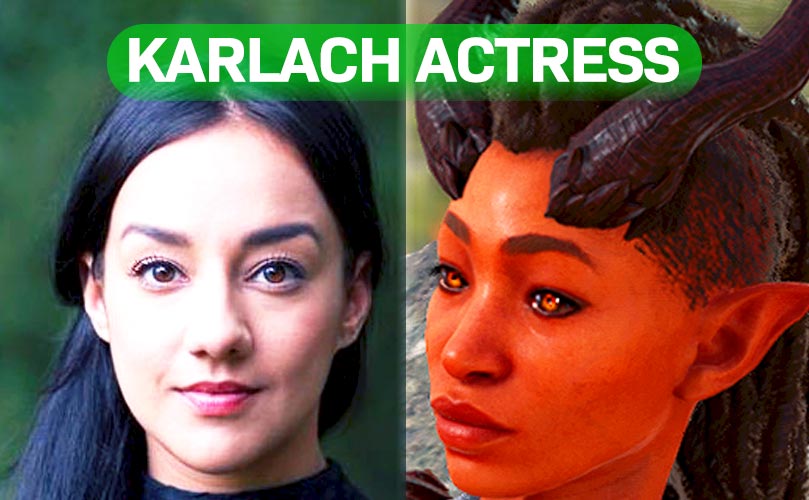 Who is Karlach voice actor / actress in Baldur’s Gate 3?

Karlach is a fierce fighter and a tiefling character in Baldur’s Gate 3. We met her during the hunt the devil quest. She appears injured and during the dialog, Karlach tells the player character about whole Zariel / evil paladins ordeal. Later player character makes a choice between Karlach and evil paladins. And I am sure almost everyone chooses Karlach. So, who is behind that amazing voice acting? Karlach voice actor: Shala Nyx. Shala is an English actress who voiced Karlach, the potential companion for the full release.

I’m a a fugitive. I escaped the hells, and the bastards who were holding me there are trying to take me back.

If you’d seen as much of hell as I have, you’d rather have a flayer’s tentacles up your arse than stay.

I held my own. More than. Turns out I’ve got a knack for killing demons and I enjoy it. That made a valuable asset.

Back in the Blood War, my commander gave me what I needed to get the job done. I had fire running through my veins. I don’t work for her anymore so I’m back to relying on muscle and steel. I’ll be just fine.

With mods, you can play as Karlach, even in the early access version of Baldur’s Gate 3.

Shala Nyx is a British actor, mostly known for The Old Guard. She is also experienced in modelling, music videos, and theatre. Can also play piano. Let’s get back to her acting works:

Karlach is a fighter tiefling in the Baldur’s Gate 3. She is just a side character now. But you should remember, we are still in the early access version. So, Karlach might be an available companion, alongside Helia and Minsc with the full release. And how did I and others come to that conclusion?

Because player character gets option to ask Karlach to join our group. Because we are in the early access she refuses and says:

I could use the company, but until I have shaken Zariel off my back, I would only put target on yours.

After all things considered, I highly suggest that you don’t side with Anders during the Karlach hunt the devil quest. Paladins are undeniably evil and lies to Tav. Paladin Anders admits you that he is working for Zariel. However for that dialogue to appear, you must cast speak with dead on the dead refugee nearby. Dead guy spills the beans and tells you everything.

Thanks for reading dear RPG lovers! Until we meet again, take care.